House Speaker Robert DeLeo addressed the Greater Boston Chamber of Commerce today, highlighting the progress the Massachusetts House of Representatives has made amidst unprecedented times and a global pandemic.  Prior to passing a comprehensive and temporary rules package to allow the House to hold remote formal sessions, Speaker DeLeo’s membership passed influential legislation relative to waiving MCAS requirements, remote notarization and a moratorium on evictions and foreclosures to support residents of the Commonwealth disproportionately suffering from the impacts of the COVID-19 pandemic.

One major piece of legislation at a standstill is the FY2021 House budget, which the Speaker noted is paused for good reason.  Just a few months ago, Massachusetts was relishing in a budget surplus, yet as of May, the Commonwealth could see a revenue drop of approximately $6 billion.  It is for this reason that the Speaker is taking a cautious approach with the House Committee on Ways and Means Chairman Aaron Michlewitz relative to crafting a budget, and is awaiting greater insight from the federal government as it relates to additional funding sources that may exist to assist states with recovery efforts.  As the Commonwealth inches closer to the budget deadline of June 30, the Speaker noted the cooperation needed between the House and Senate Committees on Ways and Means, House and Senate leadership and the Administration to produce a balanced budget in incredibly pressing times.  The Speaker expressed the probability of needing a “1/12th” budget for July due to the impact of the virus.  When asked by Jim Rooney, President of the Chamber, about whether he approves of the use of rainy day funds to cover costs, Speaker DeLeo noted that the Commonwealth is in a crisis and would be willing to tap funds, so long as doing so would not result in a downgrade of the state’s bond rating.

Looking forward, the Speaker highlighted key programs that will need to be at the center of the recovery effort in the Commonwealth which include access to childcare, transportation options and support for small businesses.  As the Commonwealth begins the reopening process, parents will start to return to work.  At this time, non-emergency childcare centers must remain closed until June 29, which will become problematic for residents of Massachusetts throughout the four phase reopening framework.  As it relates to transportation options, the Speaker commended the House chairs of revenue, ways and means and transportation for their leadership in passing a transportation bond bill to carry the Commonwealth into the future of commuting, highlighting the fact that although the virus has caused decreased ridership, transportation issues and infrastructure needs remain.  Lastly, small businesses will be a key facet to a full recovery in Massachusetts.  Last year, the House created the Restaurant Promotion Commission, led by Rep. McMurtry (D-Dedham), to highlight Massachusetts as a food destination in the United States.  Additionally, Rep. McMurtry’s commission may consider allowing more outdoor alcohol sales by restaurants and forgiving interest on late meals tax payments.  The Speaker highlighted the importance of this mission now more than ever, and announced that the Commission – now renamed the Restaurant Recovery Commission – will tackle issues the industry faces amid the crisis and with reopening.

Noting that many issues facing the Commonwealth and its many industries are multi-faceted, the Speaker announced the creation of a new House Committee – The Commonwealth Resilience and Recovery Special Committee – which will be led by Majority Leader Mariano and Assistant Majority leader Rep. Joseph Wagner.  The special commission has been established to respond to issues of economic hardship and the stabilization of small businesses across the state.

While the Speaker recognized the hardships inflicted upon the Commonwealth’s health care systems, small businesses, residents, and employers, his confidence in the state’s ability to bounce back from these unprecedented times remains firm.  The Commonwealth has hit several setbacks in recent history with the dot com bust, September 11th and the financial crisis of 2009, but has always come back stronger. The Speaker believes the same will remain true for recovery efforts tied to the COVID-19 crisis, presenting an opportunity to view life differently, such as how we access health care.  Telehealth is an important service, which proved its value during this crisis and will sure to be on the top of the agenda for next legislative session if nothing it passed this session.

Your team at ML Strategies remains in constant communication with Beacon Hill, even during this uncertain times.  If you have any questions, please don’t hesitate to contact us. 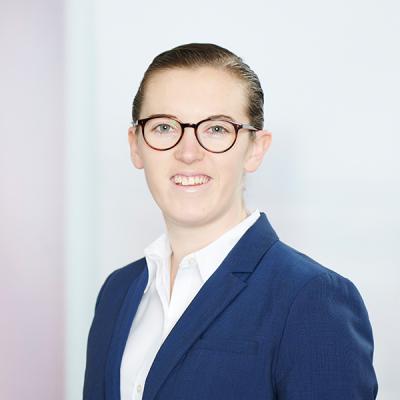